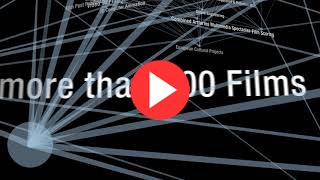 Dimitrios Mourtzopoulos studied Electrical Engineering but worked as a Director and DoP since his early student years.

Jánnos Eolou studied Mechanical Engineering as well as Music in the UK and in the USA but also sound engineering and worked as a composer for the cinema, theatre, dance as well as the direction of multidisciplinary art-works since his early student years.
Since 2005 their endeavors include 3D stereoscopic works and films for special installations in Museums combining animation and live filming using innovative multi-camera techniques.
Together they combine a strong technical background and expertise with artistry in story telling as well as production mastery in almost every medium (film, TV, web, AR/VR, animation, live filming and so on).

Our Power in Numbers

Their films were shown in numerous TV stations around the globe as well as in Museums and Exhibitions like the RAF Museum in London, Noesis Museum and at the War Museum in Thessaloniki, at Canal+, Deutsche Telekom, TV stations in Israel, Finland, Poland, Canada as well as in the Air Canada fleet.

Also,
– They have received several awards
– their works are distributed by iTunes, Amazon, CDBaby, etc
– Several hundreds of videos have been produced by numerous users using their works on YouTube with many millions of spectators
– they have teached at several film schools